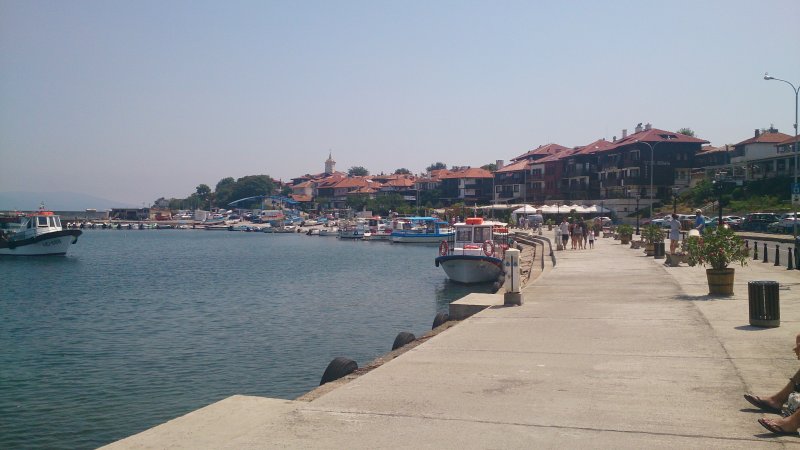 So the ancient Greeks called the Black Sea. And this is very true, because the Black Sea is clean, there are no dangerous animals in it and it is warm all year round! The average summer air temperature ranges from 23˚C to 30˚C and the sea water temperature ranges from 22˚C to 27˚C. The salinity here is 2 times smaller than in the Mediterranean. The beaches are wide, clean, covered with fine-grained golden sand. The bottom of the sea is safe for children and that's why holiday on the Black Sea is a favorite place to stay for the whole family! 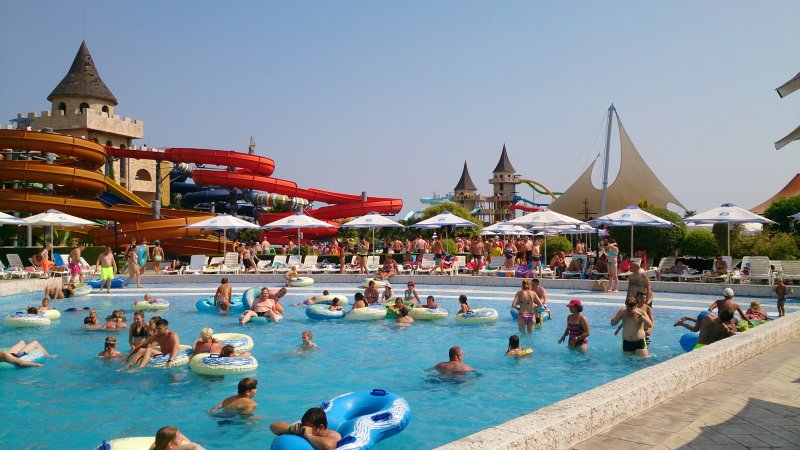 Tourists call this beautiful resort "Pearl" of the Bulgarian Black Sea coast. The city is young. It is only 50 years old and already enjoys international fame. It owes this to picturesque nature and a wide beach covered with finely granular golden sand, dunes, crystal clear sea water and a small depth on length of 100 m from coast. Wonderful beaches, lots of greenery, over 200 sunny days a year and a successful combination of steppe and sea air have gained the city's reputation as one of the best resorts around the Black Sea coast. 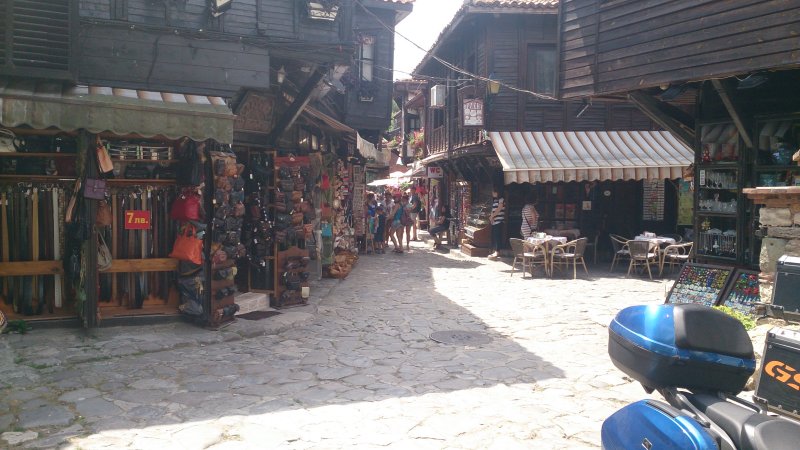 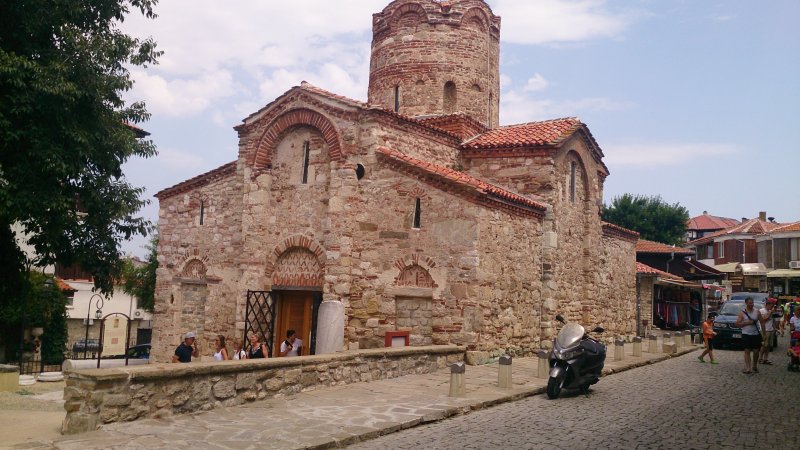 The city-museum, recognized by UNESCO as an architectural monument of national culture, is located on a picturesque peninsula. A narrow, hard road leads to it. The village was founded in the 7th century BC. by Thracians, who gave it its name "Menabria". In the 6th century BC the city was captured by the Greeks. During this time, it developed quickly and soon became an important shopping center of the west Black Sea coast. In the 3rd - 2nd century, copper and silver coins were beaten here. In 72 BC Nesebar gets into Roman captivity. The city loses its original meaning and becomes a secondary port of the Roman province of Trakija. In the 4th century, the city is liberated by the Byzantine Empire and within 100 years it regains its reputation as the strategic, commercial and religious center of the Byzantine Empire. In the city, the remains of city walls have been preserved. Many churches and other buildings were built at that time. One of the most beautiful buildings in Nessebar is the "Great Metropolis" church. The city's new bloom is mentioned after the arrival of the great-Bulgarians in the 8th-9th century AD. The foundation of Bulgaria in 681 by Khan Asparuch, the adoption of Christianity in 850, the "Golden Age" of Simeon Ist, are the most important events of that time. In 10th - 14th century AD, new churches were built in Nesebar. Among others St. Stefan, St. John the Baptist, St. Pantelejmon and others. There are about 40 of them. It is here, in Nessebar, there are the most outstanding churches around the Balkan Peninsula with invaluable frescoes on the walls, rich facades and colorful ceramic ornaments. 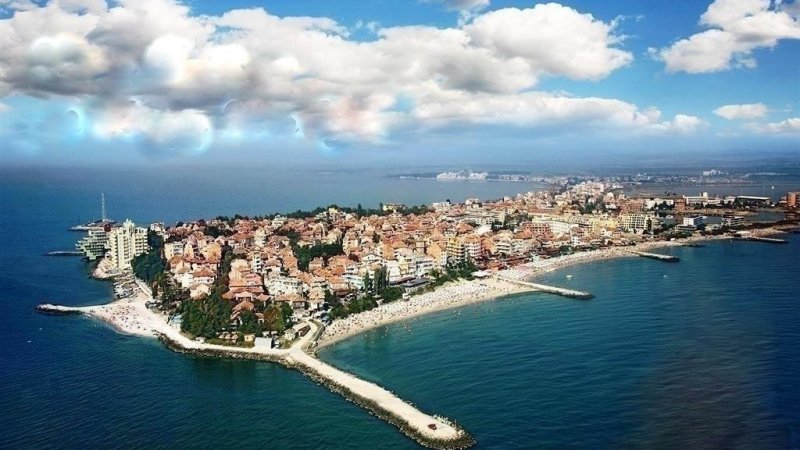 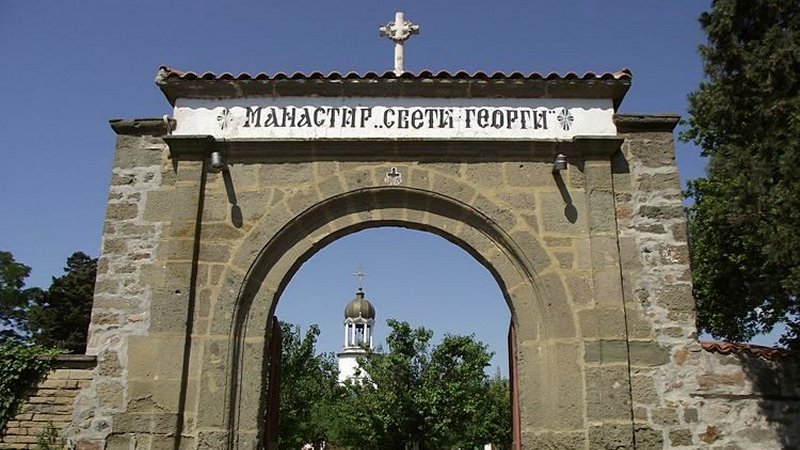 The city was founded in 509 by apolonian colonists. Initially it was called "Anhialo" which means "salty village". It was not until after 80 years that Pomorie became an autonomous city-state. The coins were minted, churches were built, and during the Tsar Septimius Severus the Olympic Games were organized. During the Byzantine captivity the city retained its military, economic, cultural and recreational significance. Even in the Middle Ages and during the Ottoman Empire, mineral springs brought the city great fame. In the 16th century, Pomorie became a huge port from where wheat, wax, copper, wool and other goods were exported. Today's city name of Pomorie derives from 1934. In Pomorie there is a male monastery of St. George. A very interesting legend is associated with it. The monastery contains precious icons from the 18th and 19th century. In Pomorie is the best balneotherapy in the Balkans, in which plexite, rheumatism, coxarthrosis, nervous disorders, various depressions and infertility are treated. Pomorie is known for its vineyards not only in Bulgaria. This is where the best wines, brandies, and muscatian rakije (Bulgarian vodka) are produced in Bulgaria. Salinity of seawater near Pomoria is very large. It is here, in Pomorie, that the only salt museum in the Balkans is located. 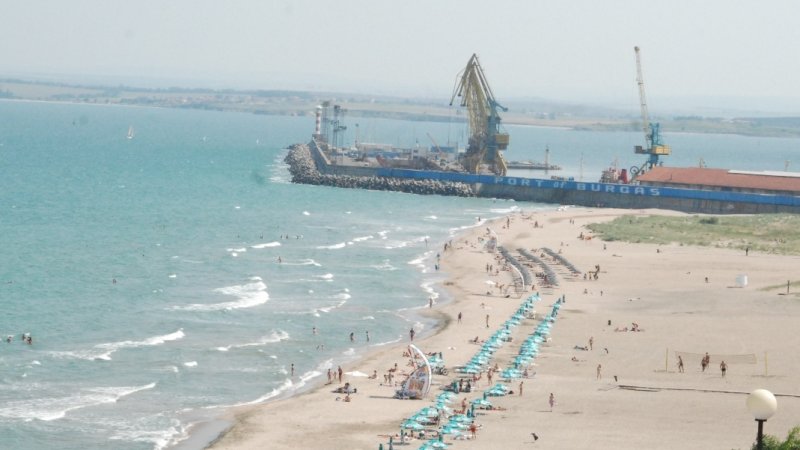 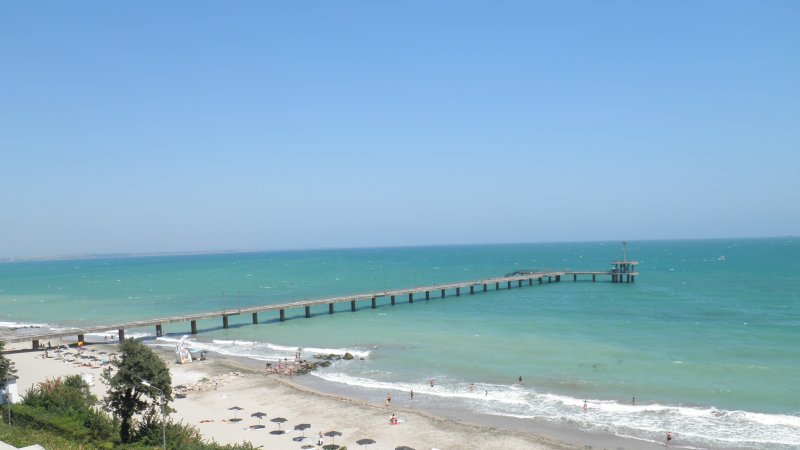 It's a young city, it's only 400 years old and its name comes from the Greek word "Pirgos" - a fortress at the foot of the sea. In terms of the number of inhabitants (250,000), Burgas is ranked 5th in Bulgaria after Sofia, Plovdiv, Varna and Ruse. Today's city is an important shopping, industrial, cultural and sports center. Here you can find: the largest seaport in Bulgaria, a free zone, a modern airport and a very important wine growing region. Burgas is a city of culture and art. Famous painters, fairytales and other artists were born here. There is an opera in the city, there are 4 theaters and 2 first-division football teams. More than half of the area of ​​Burgas is occupied by gardens and parks - including the beautiful Seaside Boulevard. The whole city is drowning in greenery and flowers. In local museums you can get acquainted with the history, archeology and nature of the region. Here are exhibits from around the world. The water in the sea is clear, fine-grained yellow sand, and the beach is 5 km long. In the middle of it, there is a romantic bridge - a favorite place for walks of residents and tourists. 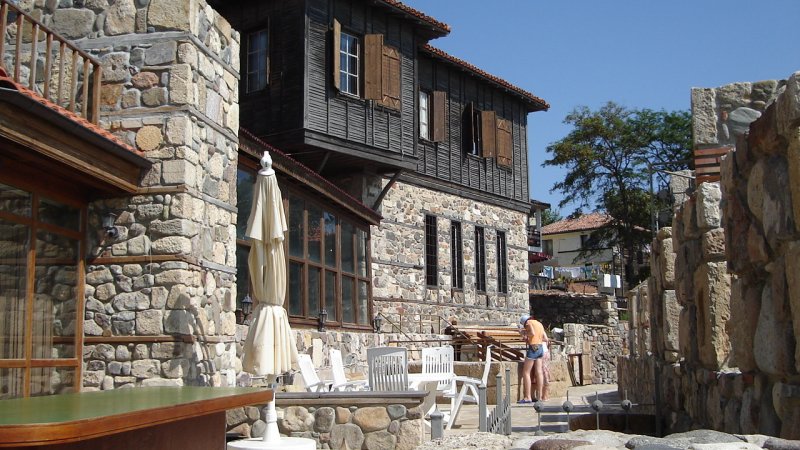 The city is located 35 km south of Bourgas and just like Nesebar consists of 2 parts: old and new. The old part of the city lies on the peninsula, and the new one - on the continent. Every part of the city has its own beautiful beach, which in the summer months is filled with tourists. Sozopol is one of the oldest cities on the Bulgarian Black Sea coast. The city was founded in 620 BC. There is a fairy-tale atmosphere in the old part of the city. Tourists can take a stroll through the old medieval streets, they can see houses with typical stone and wooden facades built in the 19th century. Sozopol has many restaurants where you can eat cheap and tasty. Travel agencies organize interesting trips from here, eg by boat to the island of St. Ivan (St. John), trips to Varna and Istanbul, folklore evenings and many, many other attractions. 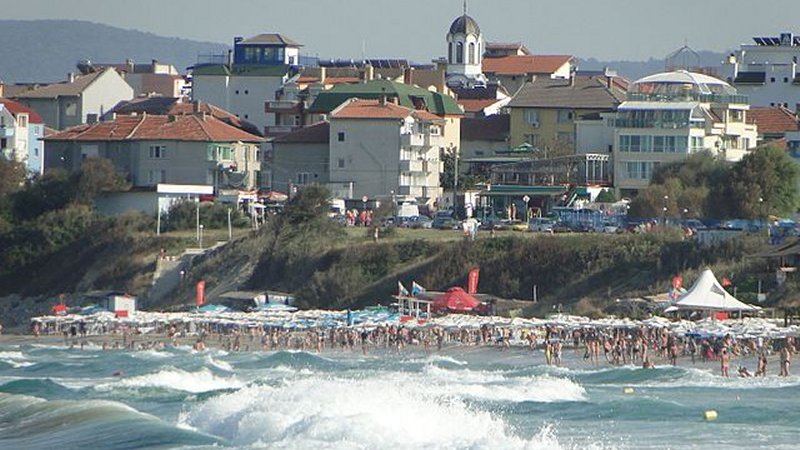 This is a small and well-decorated city by the Black Sea. It has only 8,000 inhabitants. There are 2 beaches in Primorsko. Extensive northern 3 - 4 km long and southern - with fine-grained golden sand, beautiful dunes and calm, quiet bays. In Primorsko you will spend a quiet and unforgettable vacation in private guest houses, quarters and hotels. In this city full of sunshine there is a real holiday atmosphere. Young smiling people are walking on the streets. Only 1 km from here is the International Youth Center, where many attractions and tastefully decorated restaurants await tourists. The latter offer a kitchen rich in vegetables, grilled dishes, numerous salads and fruit.